« How to Start a Cleaning Business in Australia
How to Achieve a Work-Life Balance? »
Share this...

Sydney VS Melbourne for Job Opportunities

Two of the most popular destinations for living and working in Australia. But which is better? Find your answer here. June 29, 2018

Australia has come a long way in the last couple of decades. Even though each city has its beauty, Sydney and Melbourne are people’s favourites. They are already well-established cities, with booming populations, well-developed businesses and markets and lots of job opportunities.

‘Where to live and work – Sydney or Melbourne?’ has always been the question. Which of the two is better for starting a business, raising a family, or growing career-wise? Let’s take a look at the pros and cons of both cities, so you can take a more informed decision when choosing a city.

Living in Australia Pros and Cons 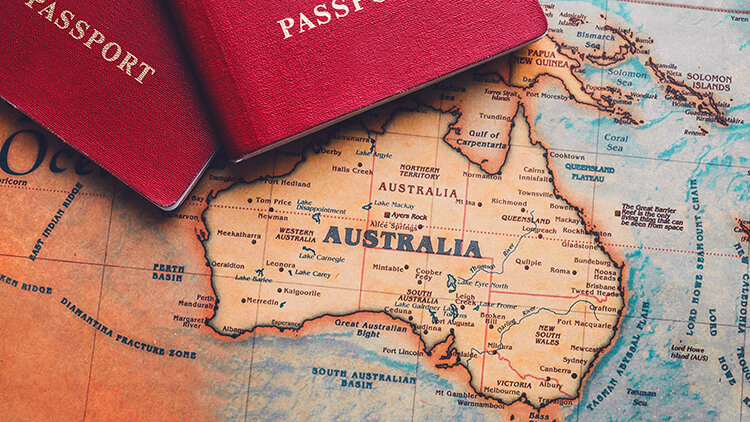 Among the unique wildlife and sandy deserts, Australia has managed to become a beautiful place suitable for growing both professionally and personally.

Moving from another country to Aussie land can be a hassle. Of course, the culture shock can be a bit overwhelming at first. But that’s not a bad thing! It’s just that Australians are so extremely polite and laid-back it might surprise you. We could say that Australia has an overall classless society.

If you’re moving from a non-English speaking country to Australia, make sure you learn the language first. English is a must both for day-to-day activities and finding work. It would greatly help if you’re well-spoken.

Depending on where you’re moving from living expenses in the top cities of Australia can be shocking but that’s compensated by the high salary you’ll receive when you start working there. The housing market in Australia is close to those in the UK and US, with Melbourne and Sydney at the top of the chart. But, let’s get more in depth and see how do two of Australia’s key cities compare to each other. 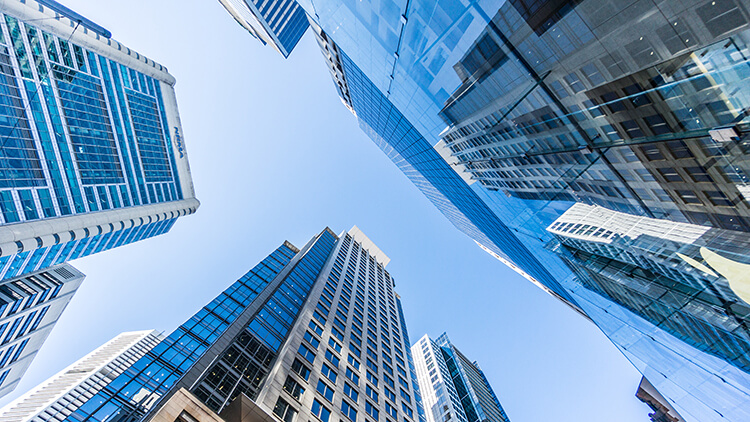 Melbourne and Sydney have different types of jobs to offer. Both cities are key financial hubs for Australia, but while Sydney has built on the banking business, Melbourne is big on the industrial side.

NSW has added almost 180,000 new jobs in 2015 which is an increase of around 5%, according to treasurer Dominic Perrottet.

Sydney and Melbourne, are experiencing a boom in the home service industry, making it a great opportunity to invest in them and grow a business in these fields.

As both cities have well-developed housing market, more investors put money in the infrastructure of Sydney and Melbourne which allow services like gardening, cleaning and handyman work flourish.

In the last couple of years, the service industry is booming with home services reaching an all-time high. Starting a cleaning or gardening business in both cities can be profitable. This can be a great opportunity if you’re a foreigner just coming to Australia, as it most often doesn’t require any previous experience or certificates and will provide you with a good income and chance to expand your business.

If you’re interested in working in the home services sector, we might have something for you. Browse our offers: cleaning, gardening, handyman, pest control.

How to Find a Job in Melbourne

For the step-by-step process of finding a job in Melbourne click here.

Finding an employment in Melbourne can be a bit hard. We even wrote a blog post on how to find a job in Melbourne without experience.

For foreigners finding the first job is the hardest. Most employers want local references and experience, and being local can be an advantage. After that, it gets easier.

If you’re just moving to VIC, we advise building a relationship with local companies from distance. Research them online and contact them. These connections will give you the opportunity to find work faster.

If you’re in the automotive industry Melbourne is a great choice for you because brands as strong as Ford, Holden and Toyota have plants near the city.

Bankers are also fortunate (but even more in Sydney). Two of the four biggest banks of Australia are located in Melbourne.

The Biotech industry has a strong presence in the city and Australia’s largest company, BHP Billiton has its offices in the city. Melbourne also has the country’s largest port.

How to Find a Job in Sydney

For the step-by-step process of finding a job in Sydney click here.

Sydney is the city with most job opportunities for people in the business.

Being the financial capital of Australia, Sydney contributes a quarter of the country’s GDP. The banking industry in Sydney is the strongest in the whole country providing well-paid jobs for skilled professionals. All 20 of the top foreign banks have their headquarters in Sydney.

Retail is the largest employer and manufacturing is the second biggest industry after financing. This makes the city suitable for people with different experience and professions.

Sydney is a great place to start a pest control business, as some critters prefer urban territories and the city of Sydney provides pest control only in public areas.

Step-by-Step Process of Finding a Job

What Visa Do You Need to Work in Australia

In Victoria, an employer can nominate you for a work visa if you’re a highly skilled worker. The visa types are Skilled Nominated visa (subclass 190) and Skilled Regional (Provisional) visa (subclass 489). As not everyone is eligible for skilled visa nomination, you can find all visa requirements for both professionals and graduates. 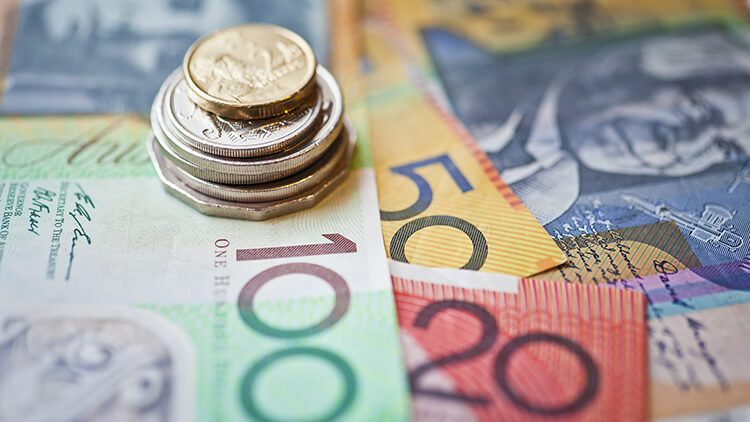 As both cities are expensive to live in, the pay plays a major role when choosing where to live. At the end of the day, you will have to pay the bills, and the difference in both cities is big.

In both cities, 20% of the richest households account for 61% of household wealth.

Melbourne might have 5% to 10% lower salaries compared to Sydney but the rent on average is 30% lower in Melbourne, which is a makes the difference. Of course, it depends on what suburb you choose to live in.

Being a city that is financially growing, the average yearly salary in Sydney is above A$80,000. Of course, as the industries are well developed and the jobs are more demanding professionally, the median salary could easily be surpassed. 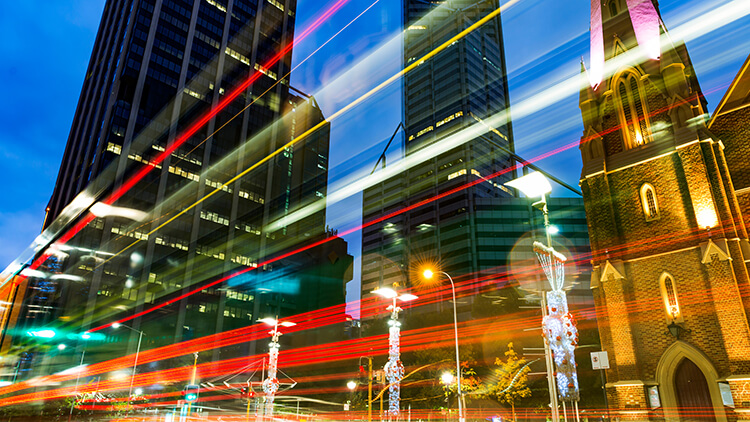 In recent years commuting has become like a second job (it turns out it can even be bad for you). People can travel hours to work, and this is where Melbourne is the clear winner of both cities.

Melbourne is a city with a European feel. This means narrower streets and a home closer to work. Most people commute around 15 km to work. This is no problem, as most of the city is covered by the tram system (which is comfortable to use and said to be the best in Australia).

With the help of public transport, going to and from work is easy and fast.

Sydney has a notorious traffic. The distance in commute is, again, around 15 km, but it takes much more time compared to Melbourne. That is if you’re travelling by car. The streets are small and gridlock is much more likely to happen.

However, if you can take the daily ferry to the centre, it can be very nice. It can also be a great way to start the day. 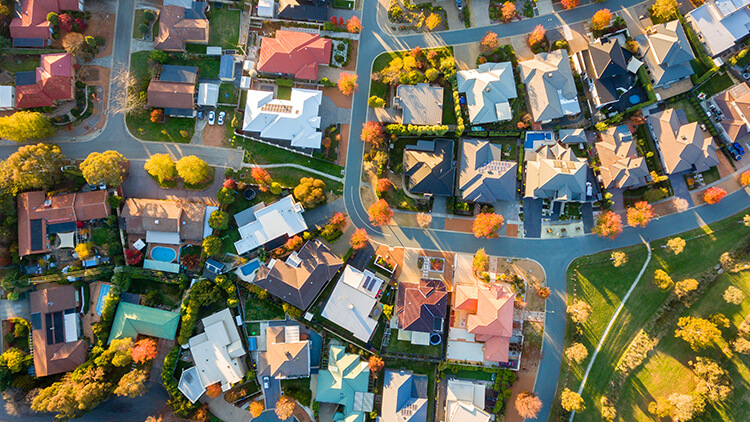 Both cities have their pluses and minuses. It really depends on the individual and their needs which city is better for them. Melbourne might have cheaper housing options, but Sydney can provide more professional growth.

Cost of Living in Melbourne

Melbourne as a city has a well-developed job market, which makes it easier to find a workplace, even for unskilled workers. While not cheap, the average house in Melbourne is around A$100,000 less than in Sydney.

Accommodations are the biggest expense in Melbourne. The median rent cost in Melbourne for an 80 ft2 apartment is around A$2.500 a month. Depending on where you live the rent will vary. A meal in a restaurant will run you around A$30 per person, plus A$17 per gig/show it will cost you around A$120 – A$150 per night for two.

Cost of Living in Sydney

Living accommodations are where people spend most of their money. An 85 ft2 apartment will cost around A$3,800 per month. Buying a home can be extremely expensive costing more or less around half a million.

Going out, a dinner, gig, and a drink will cost around A$100 for two. Consider the cost of utilities, which depending on what and how much you use can be around A$300 per month. 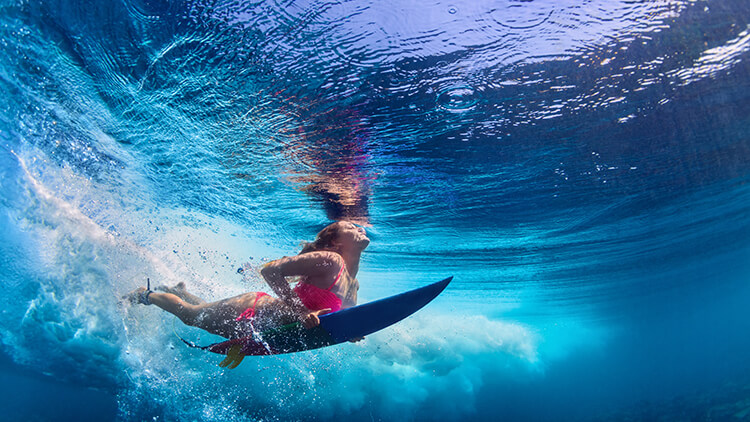 This is a very subjective topic. Depending on your occupation and your lifestyle you can have a great work-life balance or a very poor one in both places.

Both cities offer a great amount of work both for employees and entrepreneurs, as well as a lot of after-work activities like hiking, going to the beach, music shows and sports events. Melbourne is well known as a city full of exotic restaurants, giving you the opportunity to taste different cuisines.

Sydney is also well known for its amazing surfing places and the beautiful weather allowing it all. In some areas (Kings Cross, Darlinghurst, Cockle Bay, The Rocks and Haymarket) there is a lockout law with 3 am last drinks at bars. While it might affect the nightlife, it has successfully reduced alcohol-fuelled violence by 26 %.

With that said, both cities provide enough of everything for you and your family.

Sydney or Melbourne – Which is Better to Live in? 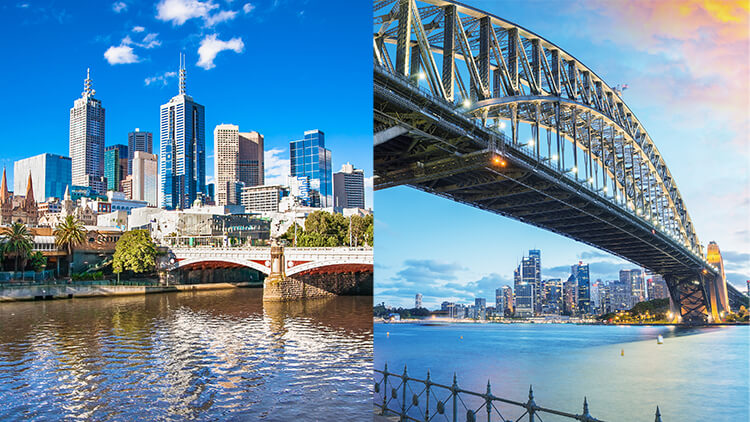 Saying one city is better than the other is hard. This is a very subjective opinion, that depends on the person and what you like.

Melbourne is a more family-oriented city. The hustle and bustle are less, while work and business opportunities remain plentiful.

Sydney is a more career-oriented city. A lot of banks and funds go through it, and it allows the banking industry to boom.

It depends on what you’re looking for, really. Both cities provide plenty of work, but Melbourne is more family-friendly and less expensive.

Let’s look at their summarised pros and cons.

Living in Melbourne Pros and Cons

Living in Sydney Pros and Cons

Simply put, both cities have their pluses and minuses. While Melbourne can be more welcoming to people who are interested in raising a family, have a stable job or run a business, Sydney offers amazing opportunities to people who travel often, want to live in Australia’s most populated city, and just enjoy the real hustle and bustle.

The final decision on where you want to live is up to you. There is no “one” winner as we’re all different. Ask yourself – what do you enjoy and what would you like to change where you live right now?

At the end of the day if you’re young, try both. Sydney and Melbourne have plenty of people living in them to allow residents to develop big businesses and live comfortably.

Company VS Sole Trader: What is best for your business

The Most Profitable Small Businesses for Under $20k in Australia

How to Raise Capital for Your Business

How to Get a Job in Melbourne with no Experience?

Setting Up a Business in Australia for Foreigners

How to Prepare for a Job Interview

The Cleaning Industry in Australia – Insights and Predictions

Types of Capital Your Business Needs

How old is this?

Hey, Abdallah! The post was published on June 29, 2018 and the information is still relevant.

Which city is the 2nd or 3rd option apart from the Sydney or Melbourne? Relevant potentiality to get easy job in Healthcare or financial retail branch jobs and cheaper costs? Would be highly appreciated if some one give some positive feedback. Thanks